#drivingourfuture is our way into a sustainable future

We now have an opportunity for greater ecological and social change. With #drivingourfuture, we will promote a carbon-neutral future with innovation and skill.

The manufacturing facility in Çankırı Province has obtained ISO 50001 certification. This is the organisation’s third factory to receive this certification, after China and Brazil.

The ISO 50001 system is an international standard in energy management created by the International Organisation for Standardisation. Released in 2011 it guides organisations improve energy consumption, efficiency and security.

Opened in 2015, SRI’s Turkey facility manufactures Falken tyres for EMEA (Europe, Middle East and Africa) regions and underwent a series of upgrades to achieve the certification. Changes included the introduction of high efficiency water cooling pumps and sensor activated LED lighting to replace the fluorescent units. Other efficiency improvements include replacing aluminium cooling fans with FRP (Fibreglass Reinforced Plastic) fans that are now used only on demand. The team in Turkey has also reduced its consumption of natural gas by insulating the pipework in the curing and utility areas, preventing heat loss. 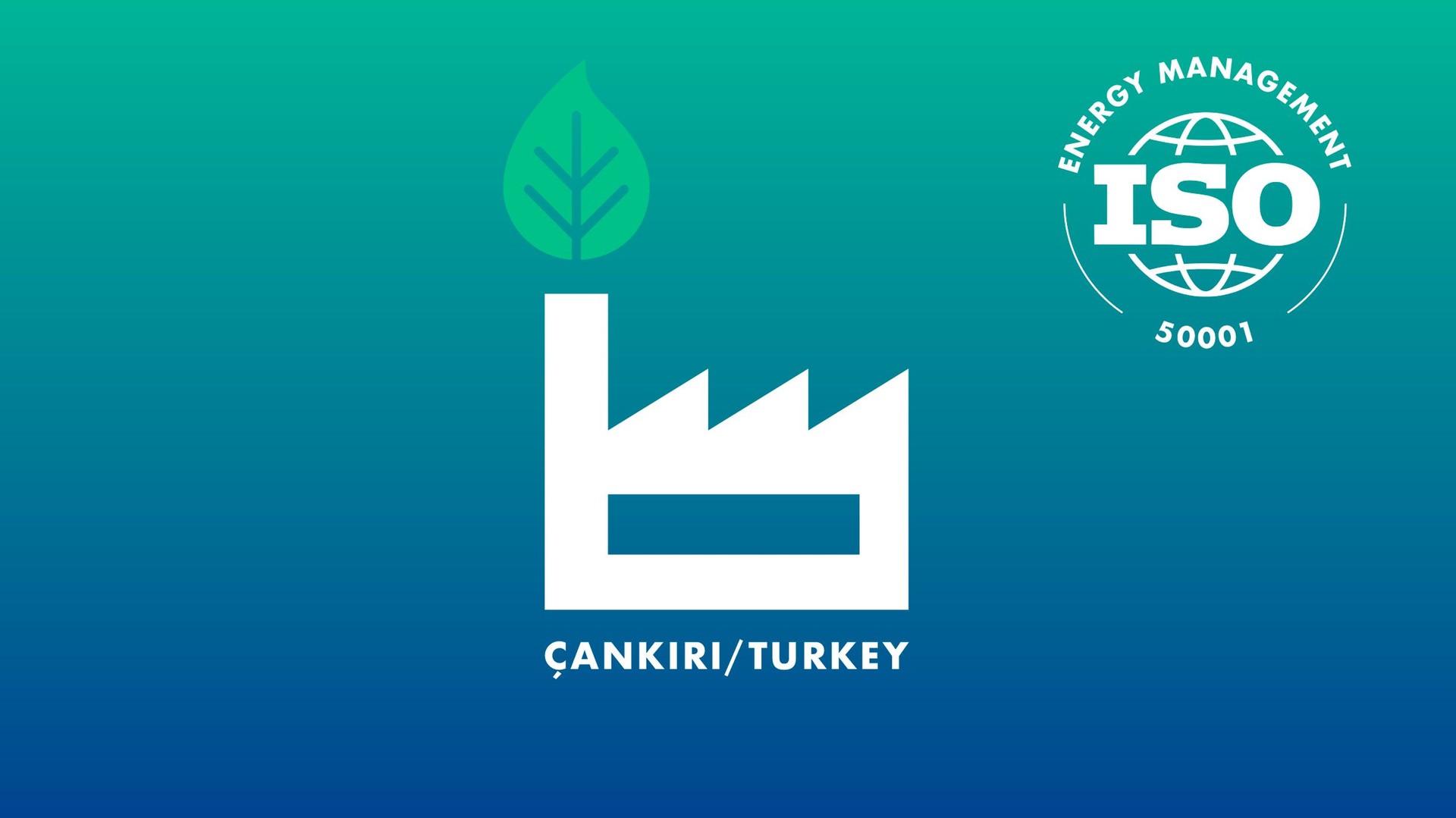 A carbon-neutral future in focus

Falken and our parent company, Sumitomo Rubber Industries (SRI), are working hard to reduce carbon dioxide, a well-known greenhouse gas; e.g. by using hydrogen as an energy source. A significant amount of energy is expended in the production of tyres. That’s why having a shop floor without carbon emissions is our ambition and aim. It would revolutionise the production process. However, worldwide use seems possible as early as 2023. Falken and SRI have been on the road to decarbonisation for some time now: Falken has been able to successfully produce tyres from 97 percent non-fossil materials since 2008. The company has also been rolling products like this off the production line without the use of fossil fuels. The company has also been committed to the field of sustainable natural rubber for many years. With increased amounts of biomass, the use of supercomputers, the use of recycled materials and the elimination of plastic from tyre labels, we are pursuing the goal of manufacturing tyres one hundred percent sustainably. They should be available to the markets by 2050 at the latest.

Currently, Falken tyres are approximately 25 per cent biomass. On the road to a fully sustainable tyre, Falken aims to increase biomass proportions to 30 per cent and recycled material to 10 per cent by 2030.

Thanks to Sumitomo Rubber Group’s proprietary SILENT CORE technology, Falken’s EV tyres provide a superior level of quietness. This is an essential attribute for electric vehicles, as they don’t produce noise like cars with internal combustion engines, making tyre and road noise far more noticeable for drivers behind the wheel.

As the only thing connecting the vehicle to the road, safety is always a focus, along with many other issues, when developing tyres. The manufacturer’s concept encompasses more: in addition to safety technologies and the latest simulation and analysis methods, our parent company SRI uses ENASAVE technologies for positive environmental contributions as the third pillar. The use of highly modern supercomputers to analyse behaviour of the rubber compound, even under dynamic driving conditions, provides insights into processes at the nano level. This enables significant progress to be made, not just in terms of the grip on the tyres, but also in terms of benefits for the environment: higher mileage and lower rolling resistance. Positive effects resulting from this are the reduced emission of abrasion into the environment and reduced consumption of resources. The longer lifespan and reduced fuel consumption are not just appreciated by the environment but by the end consumer too.

The engineers at Falken are always looking for successful cooperation partners when it comes to working on innovative developments. We were able to gain valuable insights from our cooperation with the Research Center for Electrical Drives and Actuators Munich (FEAAM), one of the world’s leading engineering service providers for the design and measurement of electrical machines. This knowledge had an immediate influence in optimisations concerning energy consumption, mileage and noise on roads – most recently in the development of the successor to the Falken AZENIS FK510, the Falken AZENIS FK520, which is being used as original equipment for the latest, hydrogen-powered Toyota Mirai. Two Falken products passed the ADAC tyre wear test with top marks in spring 2022. The developers at Falken feel fully vindicated in their work: the 4D nano process and the advanced 4D design process used in the development of Falken AZENIS FK510 and Falken ZIEX ZE310 ECORUN have stood up to an independent test. The technologies behind the processes make it possible to run significantly more precise simulations of the molecular structure of the rubber compound across the entire life cycle of a tyre. The particularly abrasion-resistant tyres from Falken were able to take the pressure off the environment with abrasion values that were significantly below the average for test subjects. As tyre abrasion ends up in the environment in the form of fine particulates, reductions in this area are one of the aims of tyre development. Consumers value the low abrasion because replacement tyres are correspondingly more durable and must be replaced less frequently.

Success Your message has been sent.